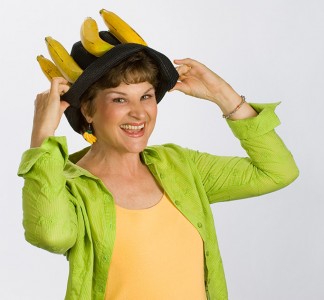 Charlotte Diamond lives with her family in Richmond, British Columbia, Canada. Born and raised in Vancouver, she graduated from the University of B.C. with a Bachelor of Secondary Education, majoring in Zoology and French. She took further studies in French Language at Laval University, in Quebec. Charlotte taught science, French and music at the junior high school level at New Westminster Secondary for ten years.

Charlotte has had a life-long interest in music. She sang with local folk groups, including performing intro sets for Pete Seeger and Tom Paxton. When her own children came along, she began singing and writing songs for them and also developed a preschool music program in her community. This led to performances for her children’s parent-participation preschool, which mushroomed into requests for workshops, school concerts, and family shows around Vancouver and throughout British Columbia.

Charlotte formed her Hug Bug Band and proceeded with the independent production and release of 10 Carrot Diamond, which won the Canadian Juno Award in 1986. Her career turned professional and international overnight, and “10 Carrot Diamond” became a Certified Gold Record in Canada.

10 Carrot Diamond is our #1 Best Seller of all recordings for 15 years!

– All for Kids Bookstore, Seattle, WA

A frequent headliner for the Vancouver International Children’s Festival, she is best known for favourites like:

Her popular song, “Octopus (Slippery Fish),” was published in 2013 as a children’s board book, titled “Slippery Fish in Hawai’i.” 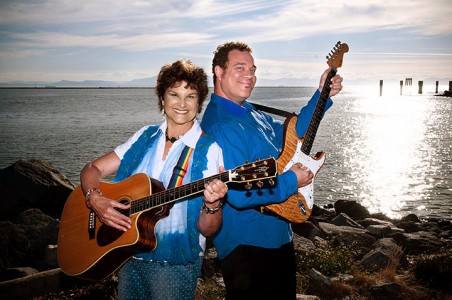 Charlotte is often accompanied by her son, Matt Diamond, who is launching his own career in family music. Matt and Charlotte are presently working on a new CD, “Diamonds by the Sea,” to be released in the fall of 2015.

Her latest CD, “24 Carrot Diamond – The Best of Charlotte Diamond”, features 24 of her best-known songs, recorded over the past 25 years.

In addition to winning the Juno Award for “10 Carrot Diamond,” Charlotte has a string of other awards and accomplishments, including five Parents’ Choice Awards, three American Library Association Awards, and Juno Award Nominations for Best Children’s Recording for both Charlotte Diamond’s World and Nous sommes tous comme les fleurs (in French).

She tours throughout Canada and the United States, and has also had three concert tours to Costa Rica, on the invitation of that country’s First Lady, UNICEF, and the Canadian Embassy.

Charlotte was awarded the Queen’s Golden Jubilee Commemorative Medal “in recognition of her exemplary support of UNICEF,” and was also named a “Paul Harris Fellow” by the Rotary Foundation of Rotary International, “in appreciation of significant assistance given to the furtherance of better understanding and friendly relations among peoples of the world.”

Her music, as well as being lively and singable, inspires children to care for each other and to celebrate the diversity of our cultural mosaic with songs like “Leave the World a Little Better.” Charlotte’s concerts are fun for kids, but parents and grandparents will be captivated by her music as well.

Please click here for a printable version of Charlotte’s biography.